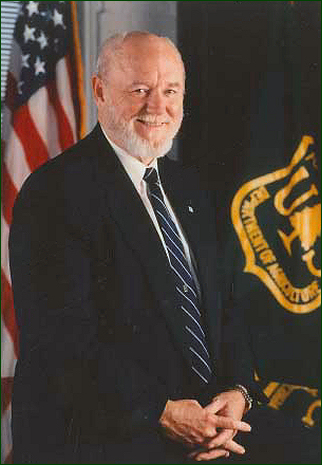 Jack Ward Thomas is on my mind as I pen this article, because he very recently passed away. Born in Fort Worth, Texas in 1934, Jack was an extraordinary leader in the wildlife profession, starting with his first job as a wildlife biologist with the Texas Game Department in 1957 after graduating from Texas A&M. He then forged an amazing career in wildlife research with the US Forest Service, was an advisor to the President of the United States, and in 1993 became the first biologist to be appointed Chief of the Forest Service. Later, he became the Boone & Crocket Professor of Wildlife Conservation at the University of Montana in Missoula.

Jack grew up hunting bobwhites on his grandfather’s farm near Handley, Texas. In his fascinating memoir “Forks in the Trail: a Conservationist’s Trek to the Pinnacles of Natural Resource Leadership” Jack recounted his career by telling fascinating stories, often using the metaphor of encountering a fork in the trail during critical decision points in his career. At the fork in the trail there was a post with two directional signs. One fork led to the “rest of your life,” the other to “no longer an option.”  In reflecting on his amazing career in conservation, Jack asked “Looking back, what are the actions of which we are proud? What do we regret? Then we can look forward and contemplate the next fork in the trail, better informed as to our personal and societal decisions. It is well to remember and ponder the words on that post at the fork in the trail: ‘No longer an option’.”

We are rapidly approaching the time when “no longer an option” could become the reality for bobwhites in much of Texas and throughout most of the rest of their historic range. Bobwhite populations have been in sharp, steady decline during the last half century due primarily to landscape-scale habitat loss and degradation. Changes in agricultural practices during that period have destroyed large expanses of native grassland and rangeland on which the bobwhite depends.

Unfortunately, national policies are contributing to this loss. The introduction of aggressive exotic grasses, intended to boost livestock production, and the intensification of row cropping have replaced or eliminated the native plants that provide the nesting, brood rearing and protective cover on which quail depend. Conversion of native habitats to “tame” vegetation has led us to a fork in the trail. What are we prepared to do?  Will we commit to take the necessary action to reverse the policies that have created the bobwhite decline, or will we continue down the trail where wild bobwhites are no longer sufficiently abundant to sustain hunting… i.e., “no longer an option?”

There is hope, however. Thanks to the generosity of Park Cities Quail, the National Bobwhite Conservation Initiative is working hard in Washington, DC to persuade our federal agency leaders and members of Congress to take the trail that will change the course of agricultural policy to restore bobwhite habitat and reverse the bird’s population decline. We’re doing this in part through changes to the practices that are funded through the federal Farm Bill that is reauthorized about every five years. Park Cities Quail has generously funded an NBCI professional in DC who is laser focused on identifying ways to revise current federal policies to benefit bobwhites. Examples of this work include educating congressional staff by holding tours of farms and ranches that are restoring and managing grassland habitat for wildlife. Getting congressional people out of their offices and onto a farm or ranch to meet with the producers and see how the practices are applied on the ground are real eye openers for policy makers.  The NBCI plans to hold congressional tours in key bobwhite states in 2017.

The NBCI also is making important progress in engaging federal agencies in bobwhite conservation actions. As a result of our work, the Secretary of Agriculture and Secretary of the Interior have formally endorsed NBCI’s coordinated quail conservation strategy and have pledged support for bobwhite habitat restoration on private and public land. The USDA Natural Resources Conservation Service, Farm Service Agency, and Forest Service are all pitching in like never before. And the National Park Service and Fish and Wildlife Service are beginning to take action. Each agency is providing funding and/or technical assistance to put quail habitat on the ground. Plans to establish official quail focal areas are being made for National Forests, National Military Parks and National Wildlife Refuges. The Forest Service has already pledged at least $100,000 to implement bobwhite habitat restoration actions on National Forests and plans are being made to increase funding for doing so on surrounding private lands.

With further regard to private lands, we’re encouraged with the progress that state wildlife agencies and quail conservation groups are having in signing up landowners into the new NBCI-initiated center pivot corner habitat practice that amounts to a new $250 million value for quail habitat. Financial assistance to landowners for enrolling center pivot corners habitat was approved in 2015 under the Conservation Reserve’s habitat buffers for upland birds practice (CP33).

The NBCI also is working with the Farm Service Agency to develop an exciting new Butterfly, Bees and Birds Initiative that will make sure bobwhites and other grassland birds are included in the USDA effort to enhance conditions for Monarch butterflies and pollinators. Under the NBCI proposal, multi-species habitat would be enhanced via prescribed grazing, prescribed fire and otherwise making plantings more effective for these beneficial critters.

These are but a few highlights of the recent progress that NBCI, our 25 state and additional NGO partners have been able to make for bobwhites by having an Agriculture Liaison working diligently in Washington, DC thanks to the generous financial support of Park Cities Quail. The NBCI would gratefully welcome any additional pledges of support from other quail conservation groups as we aspire to follow Jack Ward Thomas’ vision of a fork in the trail leading to a better future for bobwhites and the people who enjoy them. 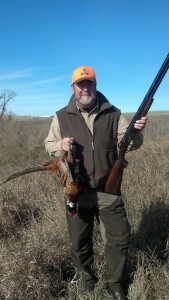 Tom Franklin is the agriculture liaison for the National Bobwhite Conservation Initiative and served as senior director of science and policy with the Theodore Roosevelt Conservation Partnership.

Tom’s education includes a B.S. in natural resource conservation and wildlife management from the University of Maryland and a M.S. in administrative science from The Johns Hopkins University. Tom started his conservation career studying human/wildlife interactions as a wildlife biologist and executive director with the nonprofit Urban Wildlife Research Center. He then joined The Wildlife Society as Field Director where he led local and regional program development and as Policy Director where he led the government relations program. He later became Conservation Director for the Izaak Walton League of America and also was owner of The Wildlife Authority, a nature-oriented retail business.

Tom is a Certified Wildlife Biologist and has authored articles for professional and popular outlets concerning wildlife management, association leadership and natural resource policy. His work has been recognized by the Daniel L. Leedy Urban Wildlife Conservation Award; Professional of the Year award from the Maryland/Delaware Chapter of The Wildlife Society; and received The Wildlife Society’s President’s Award and Special Recognition Service Award. He served as President of The Wildlife Society from 2008-’09 and is a Wildlife Society Fellow. He also served on two national advisory committees including the U.S. Environmental Protection Agency Farm and Ranchland Advisory Committee and the Wildlife and Hunting Heritage Conservation Council that advises the Secretaries of the US Departments of Agriculture and Interior. He is on the Executive Committee of the American Wildlife Conservation Partners; Steering Committee of the Teaming With Wildlife Coalition; served on the Board of Directors for the Sustainable Forestry Initiative, chairs the Wildlife Diversity Advisory Committee for the Maryland Department of Natural Resources and is a member of the Howard County, Maryland Recreation and Parks Advisory Board.

Tom is an avid outdoorsman and especially enjoys fishing, hunting, bird dogs, nature study and managing habitat for wildlife on his family farms in Virginia.