Sunlight, Fire & Quail: Prep for Prescribed Burning with a PLAN

Are you a landowner that has prescribed burning to be completed in the upcoming months? If so, you should already be in the planning stages for what needs to be done. And one of the most important items in your toolbox is a plan of operations that outlines how, when and where the burn will take place.

You should have your plan written ahead of burning season to take advantage of good burning weather conditions whenever they occur. The plan can be as simple or as complex as you want, but there are some important items that should be in every plan. (For even more information about what should go in a prescribed fire plan for your specific state, you should contact the state forestry or fire agency at http://stateforesters.org/regional-state.)

If you have plans to conduct a prescribe burn this burning season, contact your local forestry agency as soon as possible to get on their list for firebreak installation. If you’re not comfortable with conducting your own burn, or you don’t have a contractor, ask if they assist landowners in conducting prescribed burns. If so, get on that list too. Just remember, they may not always be able to get to everyone that requests assistance because of varying circumstances, i.e., weather, number of requests, wildfire danger, etc. If the local forestry agency doesn’t assist with burning or they have a large backlog of requests, they should have a list of contractors who conduct prescribed burning in your area.

Another beneficial item in the toolbox is a map of the area to be burned. It should show where firebreaks should be installed, along with identifying any natural firebreaks that may be in the burn area. A map should also show any sensitive areas and/or areas such as improved areas, areas of young reproduction, etc. that you want excluded from fire. The map should also indicate the desired wind direction for conducting the prescribed burn, where the fire should be ignited, control areas, etc.

The fire weather forecast is your best friend as it comes closer to the time for conducting any prescribed fires because the weather doesn’t always cooperate. Plans may be to burn on a certain day, but the fire weather forecast may not be the best on that day, so burn managers and landowners have to be flexible with their calendar. Give Prescribed Burning Your FIRST Priority When Weather Conditions Are Favorable.

When burning for bobwhites and other wildlife, prescribed burns should be carried out on a more frequent basis than when burning for other purposes (preferably every TWO years and no more than three years between fires). Burning on a 4-5 year rotation WILL NOT maintain bobwhite habitat. Burn units should also be smaller (a goal should be 50 acres or less) with adjacent areas of approximately the same size being left unburned. Burning large unbroken areas at one time leaves large areas with no escape cover for bobwhites. Having a mix of smaller burned and unburned areas within a stand or forest provides plenty of escape cover. Unburned areas should be close enough to burned areas for short fliers like bobwhites.

Remember, prescribed fire is one of the most important tools, that we, as landowners and land managers, have in managing and maintaining the habitat that we want and that bob requires. The other, in my opinion, is the paint gun for marking the trees that we either want to leave or remove from the forest. But that is for another time. 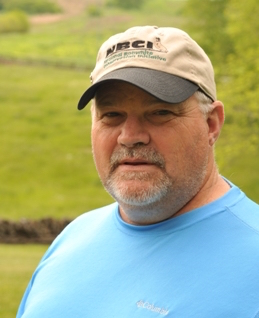