Ah, yes, I wish I could have lived back in those halcyon days of quail hunting when every day after school without end we found 12 coveys of quail before dinner, and Old Bell pointed four coveys within sight of the house. Of course, the stream banks were falling in, the rivers ran muddy most of the year because there were no trees left within a mile of them, swamps were drained out, dried up, sawed off and burned up for farming, our topsoil was mostly on its way down the major rivers where dredgers worked day and night to keep the channels open for boat commerce, and deer, bear, turkey and duck numbers were at all-time lows…I think you get my drift.

There were a lot of quail back in the early 1900s when many other species were in steep decline due to poor overall land management. Quail love weeds and bare dirt and they do not care what the land looks like with regards to long-term conservation. Like most wildlife species, quail can’t see beyond their survival of this particular day.

You do not have to go far even now to find evidence of poor soil conservation. I walk the pine timbered ridges of our own farm and see deep cuts, washes, and old erosion scars now covered with pines. Old relatives mist up talking of how many quail they found there back in the day. And doubtlessly they did. The old washes grew rank with pokeweed and briers, the openly tilled soil left fallow grew ragweed in abundance. And bare ground of the kind quail love – meaning that which is over-topped by weeds that produce seeds and insects but do little to hold soil in place — was abundant all over old farm fields. I suspect, perhaps, there were never as many quail in the east as there were in the first few decades that followed the Civil War. Old photos from that era show a land that had been abused for over a century.

During those same times large wildfires burned in areas of the upper mid-west through jack pine forests that had been mismanaged. The bobwhite quail, which for centuries had likely been most populous in places where lands tended to remain in good condition for quail without a lot of human interference, semi-arid lands like those found in west Texas, Kansas and Oklahoma – began to find new areas “opened up” to them by forest clearing and burning, and rudimentary rotational cropping systems. Quail in the east had likely existed for centuries at stable, but relatively low numbers compared to areas in the west. The eastern bobwhite was maintained by lightning struck fire, Native American use of fire, cropping and large grazing animals like woods bison and elk. Relatively suddenly, a quail population boom in the east followed the land abuse of European settlers. You may feel the word abuse is too strong. My ancestors were among them, and their actions were not out of bad intent, but more out of a lack of knowledge.

By the 1920s and 30s, and particularly in the 1940s following the “Dust Bowl Era,” our society began to realize the error of our ways. We began to view soil as a vital component of our future. Wetlands protections also began in earnest. Oddly enough, in the late 1940s, declines in species like bobwhite quail were notable enough that eastern state agencies like the Virginia Game Commission began concerted efforts at ”farm game restoration.” Virginia’s first program began in 1948 and a report was written in 1962 on the results. This was the beginning of the era when eastern quail no longer occurred by accident due to bad land management. It now took specific effort to produce quail.

However, compared to today, agriculture was still developing. Small farms still ruled our landscape, most of which grew grain crops like corn, wheat and milo, and the age of industrial farming was still a few decades away. Pine timber management was also still in its infancy compared to 2019. Old bird hunters talk about days when clear-cuts were large, often several hundred acres, and soil disturbance on timbered sites was high. Mechanical site preparation combined with prescribed burning had not been replaced by cleaner harvesting techniques and advanced herbicides. In those days most cut-overs had numerous windrows that had been created by dozing to clear the ground for pine planting. Those windrows quickly grew up with pokeweed, briers, ragweed and many other forbs. They offered cover and food. The dozed ground grew ragweed like the old abandoned crop fields of the Civil War Era. Low and behold, a second “quail boom” was seen in the east. But with it came new concerns about soil erosion and water quality.

By the early 1980s, modern forestry and agriculture were in full swing. Human population growth necessitated that we find ways to feed and house more people while using less land. This meant intensification in food and fiber production. These changes have largely been to the good of society (time will tell as we see world-wide insect and bird populations in decline now). But they have not helped the bobwhite quail or species like it. Timber clear-cuts still produce quail. I’d say if not for them, we’d have far fewer quail than we still have. And farms still provide some food and cover for quail. Today, neither farming nor forestry produce quail by accident to the extent they did 75 years ago. To engender a recovery in quail numbers takes active management for them. And to restore them on a large scale will require active management on a large scale. We do not live in an age when a “boom” recovery of bobwhites is likely to occur by accident (unless it would be one that may drastically reduce our own populations).

Is it all lost for bobwhites in the east? Hardly. We see recoveries in areas where the right combination of farming, timbering and conservation practices come together. It seems to me more and more landowners and farmers are choosing to do the right thing when it comes to not only water and soil quality, but also for wildlife. Field borders and conservation buffers help. Thinning and prescribed burning pine timbered tracts has enormous potential. It may not be a quail boom, but every acre that is managed specifically for quail and other wildlife is the future. Every acre is worth doing…I’d argue more worth doing now than at any time in history…as each acre contributes to a recovery that will no longer be by accident. 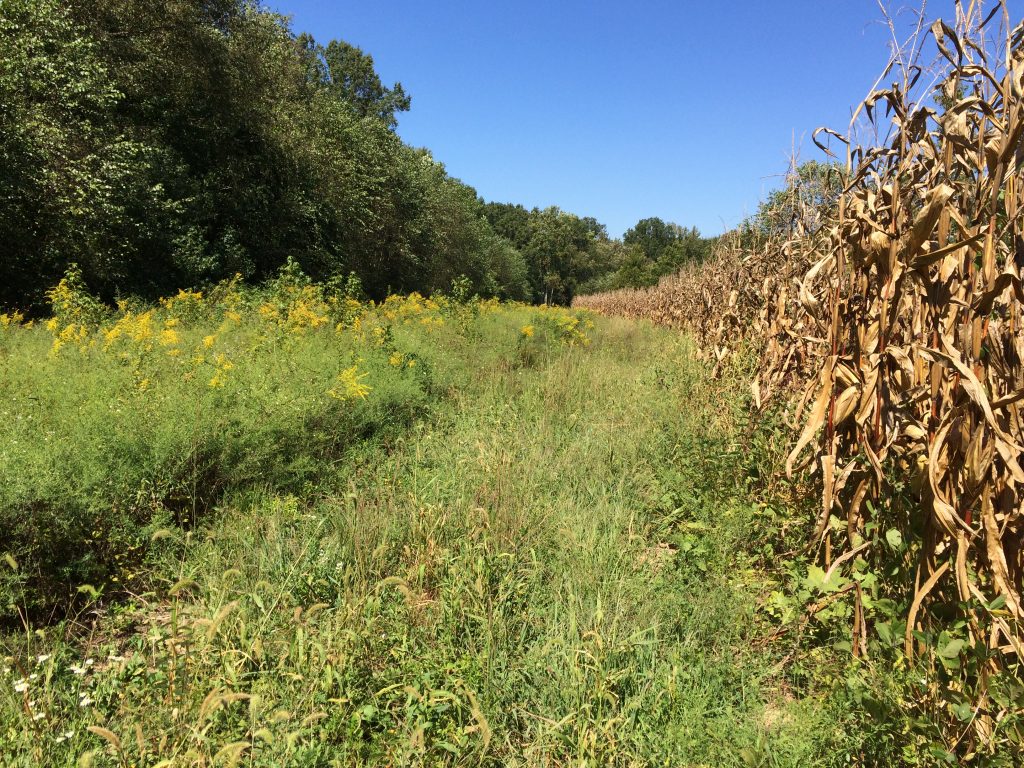 Conservation practices are being more widely adopted and are having a positive effect (Photo: Marc Puckett)