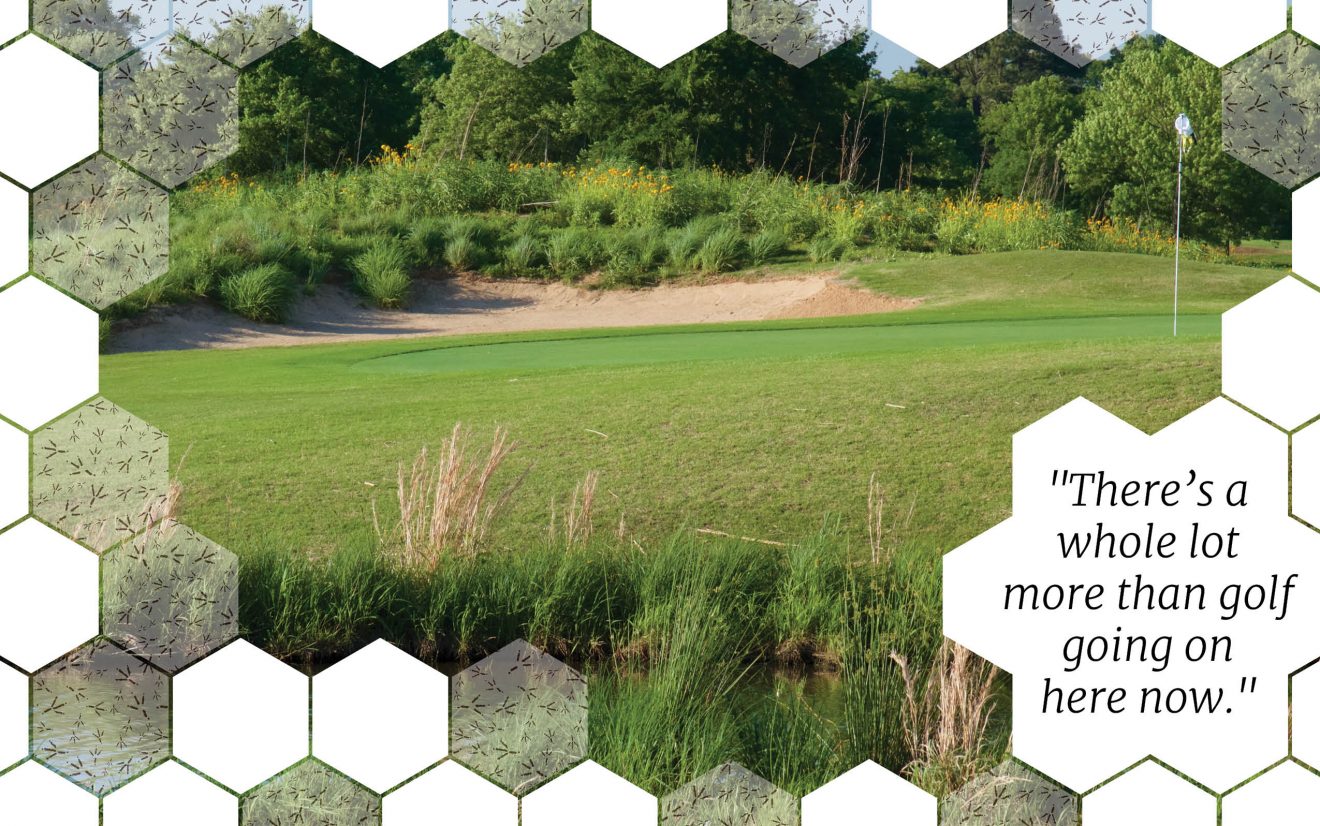 It began as a simple quest by a self-described “Oklahoma country boy” to reduce the maintenance costs on the 27-hole Ben Geren Golf Course in Fort Smith, Arkansas, which had a maintenance crew barely large enough to maintain 18 holes. The result was a gem in the Natural State’s second-largest city that is attracting a broad spectrum of interest, from Arkansas Audubon to the Southeastern Grasslands Initiative to Future Farmers of America classes, the state’s botanist, the US Fish and Wildlife Service, and others. And at least two coveys of bobwhites, one at each end of the course, have also taken up residency here.

“There’s a whole lot more than golf going on here now,” says course superintendent Jay Randolph. This wasn’t Randolph’s first rodeo… or golf course. Upon arriving in early 2016, “I knew we needed to reduce mowable acres,” said Randolph, who grew up in the Osage plains of Oklahoma hunting prairie chickens and bobwhites. And he was just 15 hours away from a wildlife biology degree from Northeastern State University when he jumped to Oklahoma State to earn a degree in horticulture (with a specialty in turf grass) and launch a golf course management career.

During his search for potential solutions at Ben Geren, he discovered the 275-acre course was set amid what was once the 10,500-acre Massard Prairie, a large, tall grass prairie of native grasses and forbs that had been reduced by development to only 200 scattered acres. He also discovered the course even had a few tiny scraps of prairie, scraps that were being consistently mowed as part of facility maintenance…