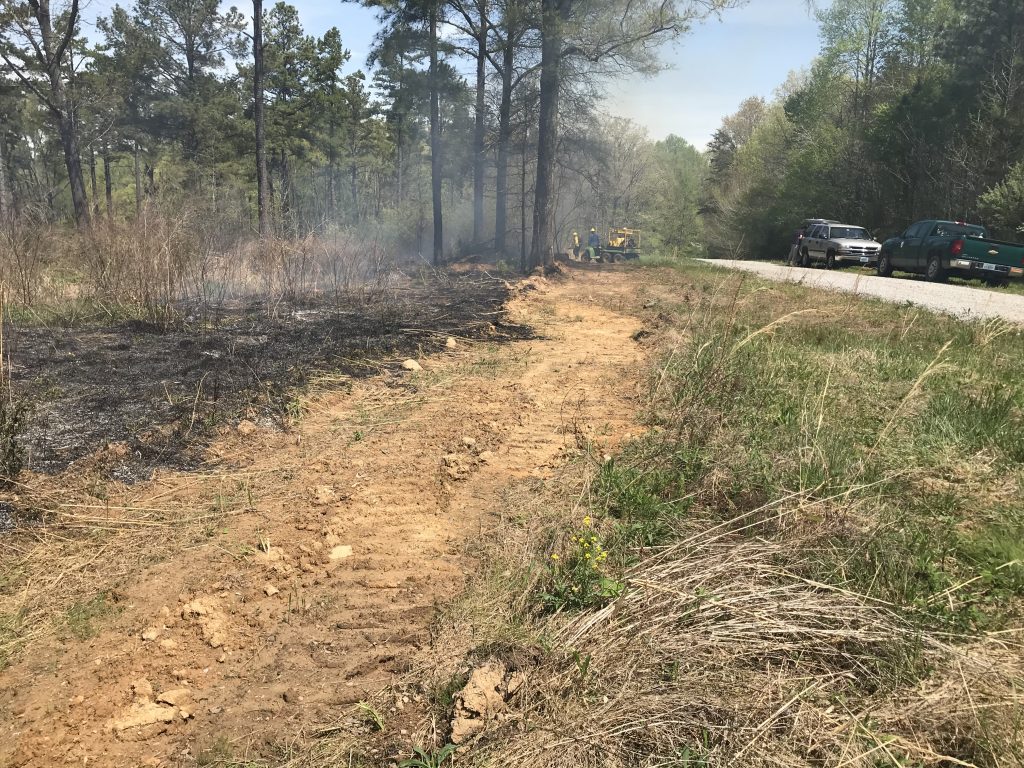 I remember the first prescribed fire I participated in as a new Game and Inland Fisheries employee almost 24 years ago. It was September. I’d had no formal fire training, did not know what a “pack test” was, and the only personal protective equipment (PPE) I had on were leather gloves. There was no written burn plan, no pre-fire safety briefing (other than a statement “Keep your eyes and ears open and don’t do anything stupid”), and very little else in the way of planning. We did have hand held radios. One other thing we had going for us was there were some “old hands” in charge. These guys had a lot of experience, a knack for understanding fire and the confidence to develop a burn plan on site the day of the burn. They looked out for us “newbies.” The burn was also in a remote area with good man-made and natural fire lines in place.

That particular burn went well. But anyone who has practiced prescribed fire knows they do not always go well. An old saying that I think applies is “Failing to plan, means you are planning to fail.” I’m not knocking those old timers. I learned a good bit from them, but as we sit here 20% of the way through the 21st century, more training, planning and care is required to insure we can continue to apply fire into the foreseeable future – particularly in the increasingly populated east. You will now find our staff much better trained and equipped. And we strive to improve. Continued professional development is the mark of a true professional, whether in the public or private sector. It is up to all of us to responsibly apply fire.

What does that mean? First, I think it means recognizing that your actions as a fire leader don’t just affect you and your immediate team. Mistakes made in today’s society could affect everyone trying to apply fire in an entire state or region. Burn managers need to assess every burn for its value in relation the potential costs if something goes wrong.

One of the most impressive uses of fire through time I have seen is a pine stand managed by Department of Conservation and Recreation’s Natural Heritage Division in Sussex County, Virginia. The approximate 150-acre tract has been burned 9 times in 18 years. It is a true demonstration of how fire needs to be applied properly over time to establish a wonderful fire adapted native plant and animal community. In my opinion, this is how all agencies should approach their fire programs. Focusing on areas where it makes the most sense and that are most conducive to fire over the long term. And those areas should provide critical habitats for species in need. And they should serve as examples for all to see, becoming prime educational venues.

Another huge component of responsibly burning means worrying as much about smoke management as about the fire itself. We have weather forecasts available to us that are very detailed down to the hour of the day for several days. These forecasts allow us to be able to understand how smoke will disperse, where it will go and when and where it will come back down. Ideally the weather will allow us a long enough window to complete the burn, and provide for smoke dispersion well after the fire itself has died down. Real thought has to be given to smoke, not just during the fire, but the night after it, and in the following days if fuels are expected to smolder. The old attitude of “Well, a little smoke won’t hurt them”, or “They’ll get used to it” needs to disappear.

Prescribed burning is a fantastic teambuilding activity, but it should never be applied just for that purpose. Part of the teambuilding should include a discussion of why the fire is being planned. Future burn practitioners should begin to learn the lesson very early that we are not out burning just because it is fun. With massive declines in pollinating insects, songbirds and many other organisms being very recent in our news, it should not be too hard to explain that we are burning to recover ecosystems that are critical to our planet.

We all know Smokey the Bear and how effective he has been in wildfire prevention. We need a similar mascot in the prescribed fire community that actively promotes the wise use of prescribed fire. In order for all of us to be able to continue to apply one of the most cost-effective wildlife management tools in our toolbox, we need to be doing as much public relations work as we do prescribed burning. And we all need to be aware of the image we project when we talk about fire when among our constituents. Wildland fire fighting has its own language and approach. I admire all wildland firefighters, and firefighters in general. But I think more care needs to be used in making sure the public knows the difference between the world of wildfire and prescribed fire.