This is the story of a bird in a tailspin.

Back in the 1980s and early 1990s, the Northern Bobwhite was a fairly common bird here in southwestern Missouri. I remember nearly falling off my startled horse when flocks of 25 or 30 birds would flush out of the overgrown pasture I would often ride in. The “old timers” used to tell me that they recalled encountering flocks twice that size. Sadly, it’s now been several years since I’ve seen or heard any quail around where I live.

The Northern Bobwhite, like several other species of nonmigratory gallinaceous gamebirds in the United States, has suffered severe declines across much of its range, especially in the Midwest and South, and it is dramatically receding from the northeastern part of its range. While the species is included in planning by Partners in Flight, a multi-species trinational landbird conservation enterprise, it also has its own initiative, the National Bobwhite Conservation Initiative (NBCI), plus the associated technical arm, the National Bobwhite Technical Committee (NBTC).

As the NBCI turns 25, I’m grateful to be working together with many partners to save quail, their grassland habitats, and the myriad plants and animals that share these important landscapes. Never has there been such a critically important time to come together to try to save these birds.

Recently, I was invited to join the NBTC steering committee to represent American Bird Conservancy and the Central Hardwoods Joint Venture (CHJV), for which I am Coordinator.

I brought my non-gamebird perspective, knowing full well that saving bobwhites means saving many other birds that share the species’ grassland and brushland habitats. My tenure began with a meeting of the steering committee this past January. More recently, in July, I attended a much larger gathering of NBTC members, where some of their achievements were more broadly highlighted. I feel confident that this group of staff from primarily state wildlife agencies and nongovernmental organizations has found, and continues to find, creative ways to improve conditions for the beloved gamebird, as well many of the nongame species in somewhat parallel decline.

I can attest that the Central Hardwoods Joint Venture has also been concerned with the plight of the bobwhite since our partnership’s inception over 18 years ago. Migratory Bird Joint Ventures (JVs) are public-private partnerships in which state and federal wildlife and land-managing agencies and nongovernmental conservation organizations collectively work to reverse declines and support sustainable populations of bird species of conservation concern at eco-regional scales. Although the implication is that JVs only focus on migratory birds, there are quite a few species in need of conservation attention — including the Northern Bobwhite — that don’t migrate long distances but also receive conservation action via JV activities. In fact, we have had the NBCI represented on our JV board by its Director, Don McKenzie, who will soon be leaving his post.

Northern Bobwhites may be declining for different reasons in different places, with threats including conversion to row crop agriculture and nonnative pasture grasses, fire suppression, and heavy cattle stocking rates.

Knowing bobwhites need a mix of native grasses, forbs, and shrubs within their year-round home range, NBCI staff have for years worked to get a “Native’s First” policy in the USDA “Farm Bill” that provides millions of dollars of incentives to private landowners to implement bobwhite-friendly management practices on their lands. For the first time, after many years of effort, language that prioritizes the planting of natives over nonnative vegetation was included in the Farm Bill that passed last fall. This alone will help many grassland species of conservation concern, as well as helping to drought-proof grazing lands and improve soil health.

Along with getting USDA to prioritize native vegetation in their incentive programs, the NBCI long ago recognized that landowners who work their lands for their livelihoods must be able to make as much or more money from incorporating natives as not. The NBCI Grasslands Coordinator and working group, in conjunction with the Center for Native Grasslands Management at the University of Tennessee, have developed detailed guidelines for how native grasses can be used, both in rotation and continuous grazing systems, and they have shown that the weight gains of cattle that result are as good or better than with nonnative forage grasses such as Bermuda and Tall Fescue. They are working hard to get that message out so that enough producers make the switch on the vast acreages we need to recover the Northern Bobwhite, Eastern Meadowlark, Grasshopper Sparrow, and other bird species of conservation concern.

In addition to working on improving grazing lands, the NBCI partners with researchers at universities like Mississippi State who are looking at how “precision ag”— the mapping of things like projected crop yields per unit of investment in fertilizers, irrigation, etc. — can be used to identify parcels where the return on investment doesn’t justify those costs, or where the farmer suffers little or no loss if those acres are planted in bird-friendly vegetation.

Another contribution to grassland bird conservation lies with the NBCI’s aim that on-the-ground habitat improvements must be structured in a way that can provide the varied kinds of food and cover that the birds need throughout their annual cycle. Being nonmigratory, the bobwhite needs open native grasslands in spring and summer for nesting and brood-rearing, but also proximity to shrubby patches where the overhead vegetation helps keep them cool in summer, covered from snow and ice in winter, and able to escape predators in any season.

The NBCI’s Science Committee also strongly recommends that areas targeted for quail conservation be large enough to sustain 800 or more birds in the fall, in order to maintain viable populations in any given area, with the minimum area of high-quality habitat being at least 1,500 acres on no less than 25 percent of the landscape in a “focal area.” Other species of grasslands birds of conservation concern, like Henslow’s and Grasshopper Sparrows, are “area-sensitive” as well, needing very large tracts of habitat rather than small, isolated patches, to successfully reproduce. Unfortunately, those needs often get overlooked in efforts to “just get some habitat” on the ground. Kudos to the NBCI for directly pinning their habitat recommendations to the biology of their species of interest.

In addition to the guidelines for establishing focal areas, the NBCI’s Science Committee developed an innovative and detailed monitoring system that links bird population responses to the amount and configuration of habitat within each focal area, comparing them to results at paired control sites. The data collected are analyzed with an eye to improving the design of future conservation and monitoring efforts, so actions get more results over time.

As I’d mentioned before, bobwhites have and need a lot of friends. The circle seems to be growing. All of this planning and policy work would be for naught without a dedicated cadre of professionals who are well-trained to get the habitat on the ground. State “quail biologists” have been working in their respective states on behalf of quail from the beginning of the NBCI, but in recent years, partnerships with nongovernmental organizations like Quail Forever and the National Wild Turkey Federation have produced a small army of “Farm Bill biologists” able to reach out to even more private landowners with information about state and federal private lands incentives programs that can help to improve habitat for bobwhite in areas where public lands are scarce or managed for different resource concerns.

While all this good work is indeed targeted at recovering the Northern Bobwhite, upon which the NBCI has a hard focus, much of the habitat work benefits other grassland wildlife, including the birds of conservation concern mentioned above, plus many others. The challenge now is to keep the momentum going so that some “critical mass” of habitat is achieved. That way, I hope, the quail’s familiar call will once again echo throughout rural landscapes across its range. 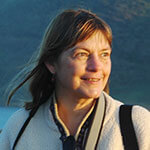