The National Bobwhite Conservation Initiative (NBCI) is the unified strategic effort of 25 state fish and wildlife agencies and various conservation organizations—all under the umbrella of the National Bobwhite Technical Committee—to restore wild populations of bobwhite quail in this country to levels comparable to 1980.

The first such effort, in 2002, was a paper-based plan by the Southeastern Quail Study Group under the umbrella of Southeastern Association of Fish & Wildlife Agencies. That plan, termed the Northern Bobwhite Conservation Initiative, attracted considerable attention around the country, including that of the other states in the bobwhite quail range. The result was a broad expansion of the effort and a revision of the plan (and the Southeastern Quail Study Group itself, now the National Bobwhite Technical Committee) to include 25 states in the bobwhite’s core range.

Today, NBCI is a multi-faceted initiative characterized by key elements: 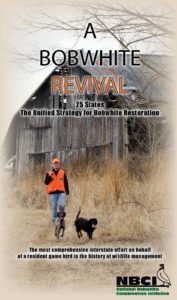 A Bobwhite Revival provides an overview of NBCI, how it works, the tools at its disposal, and the strategies involved in the restoration of wild quail at the landscape level.

The NBCI Management Board provides a seat for each state wildlife director (or designee) and is the primary source of policy guidance for NBCI. The board meets twice each year, at the North American Wildlife and Natural Resources Conference in the spring and at the Association of Fish and Wildlife Agencies annual meeting in the fall. Members of the board’s executive committee are: 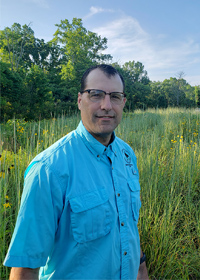 John Morgan is NBCI’s director.  He hails from Smethport, a small town in northern Pennsylvania. His passion for conservation was molded through enumerable hours afield hunting and fishing with his family and friends. He also was a multi-sport athlete instilling traits of hard work, perseverance, goal setting, teamwork, and leadership. As a Certified Wildlife Biologist, he studied Wildlife and Fisheries Science at Penn State University (BS) and Wildlife Ecology and Management at the University of Georgia (MS). John is also a Certified Public Manager through additional training from Kentucky State University and the Commonwealth of Kentucky. His professional work began as a research associate with the Penn State Cooperative Wetlands Center. After earning his graduate degree, he managed 30,000 acres of public lands for the Florida Fish and Wildlife Conservation Commission. Growing weary of the seemingly endless summers, John transitioned to the Kentucky Department of Fish and Wildlife Resources as their Small Game Biologist. After two years in that position, he took the reins as their Small Game Coordinator leading the program and bobwhite restoration efforts for 15 years. John has authored or co-authored over 20 scientific articles and more than 30 popular articles over the years. He lives on a small farm in Kentucky with his wife (Bobbi), daughter (Bailey), and German wire-haired pointer (Raina).
.

Jef Hodges is NBCI’s grasslands coordinator. Jef grew up in the Osage Plains of west central Missouri where a majority of his formative outdoor experiences occurred. It is through this association his passion for grasslands and associated wildlife was nurtured. Jef lives on a farm his family has owned since the early '70s. He has 2 children and 2 grandchildren. A certified wildlife biologist, Hodges has a B.S. in Fisheries and Wildlife from the University of Missouri and worked with the Missouri Department of Conservation in native grass restoration as a plant manager and marketer with a native seed company in Missouri, as a regional director and biologist (covering Missouri, Kansas, Iowa, Nebraska, Minnesota and Wisconsin) with the now-defunct Quail Unlimited conservation group, and owner/manager of his own company, Total Resource Management, LLC. He is a certified technical service provider by the Natural Resources Conservation Service (NRCS), serves on the NRCS State Technical Committee in Missouri, the Missouri Prescribed Fire Council and is a member of the Quail and Upland Wildlife Federation, Quail Forever, the Conservation Federation of Missouri and the Quality Deer Management Association. Jef enjoys game bird hunting with his Britney spaniel, turkey and duck hunting, as well as photography and motorcycle riding. 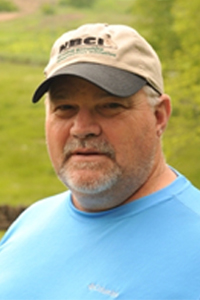 Steve Chapman is the Forestry Coordinator for the NBCI. Steve is a GA Registered Forester and a Society of American Foresters Certified Forester. Prior to joining NBCI, Steve worked as a consulting forester after retiring from the Georgia Forestry Commission (GFC) in 2013. Steve has a B.S. in Forest Resources from the D.B. Warnell School of Forestry and Natural Resources at the University of Georgia. Steve continues to be active in the Society of American Foresters where he currently serves as the Chair-elect of the Georgia Division. Steve is married and has one daughter. He enjoys hunting, fishing, and being outside. 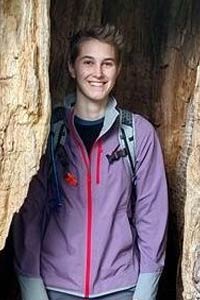 Molly Foley is NBCI’s data analyst, handling quail population and habitat data across the participating states. Molly received her B.S. in Wildlife Management from University of Wisconsin–Stevens Point in 2014 and her Master of Geographic Information Science and Technology from North Carolina State University in 2016. Throughout her college career, she was an active member of her university’s chapter of The Wildlife Society, participating in and leading multiple projects on saw-whet owls, ruffed grouse, and porcupines. Her seasonal work also includes a vast foray of natural resources management activities, ranging from prescribed burnings and invasives removal to radio-telemetry studies on a wide variety of species. In her down time, she enjoys hiking, reading about all things herpetology, and running her dog in multiple dog sports such as K9 nosework and barn hunt.

John Doty is NBCI's Communications Director, managing NBCI’s web and social media presence as well as media relations and communications strategies. He has an undergraduate degree in journalism and professional experience in daily newspaper reporting, editing and publishing, subscription-based magazine publishing (both established and start-up), natural resource PR and communications in the federal sector, freelance writing and photography, and corporate communications for start-up entities. He is a member of the Association of Great Lakes Outdoor Writers, and a member and past president of both the Southeastern Outdoor Press Association and the Tennessee Outdoor Writers Association. In his spare time, he enjoys photography, fly fishing, shooting, boating, kayaking, and living on the shores of Norris Lake near Knoxville, TN with his wife, Carol.
You're Being Redirected to the UT Foundation