There are two species of native quail that occur in Oklahoma, the northern bobwhite and the scaled quail. Both of these species are popular with hunters and landowners. Due to a concern about declining quail populations in the state, a cooperative quail study between Oklahoma State University and the Oklahoma Department of Wildlife Conservation was conducted on the Packsaddle and Beaver River Wildlife Management Areas from 2011-2017. Broadly, the project was intended to document survival, nest success, brood success, habitat selection, genetics and movement of quail. The effects of hunting, energy development, prescribed fire, disking and temperature on quail also was examined, as well as an evaluation of various monitoring techniques for quail. 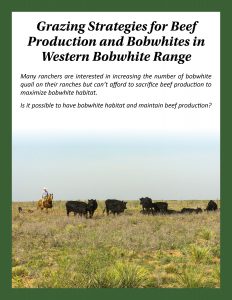 Many ranchers are interested in increasing the number of bobwhite quail on their ranches but can’t afford to sacrifice beef production to maximize bobwhite habitat.

Is it possible to have bobwhite habitat and maintain beef production? 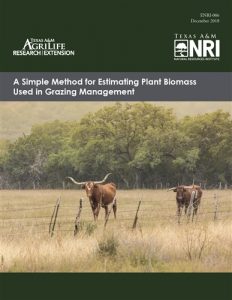 Regardless of property size, landowners implementing a proper grazing management plan that directs where, when, how much, and how often livestock graze can optimize economic reward on the property while benefiting wildlife habitat. 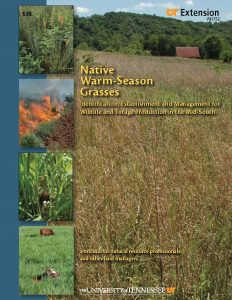 Native warm-season grasses (NWSG) have received a tremendous amount of attention since the early 1990s, especially among wildlife managers trying to enhance habitat for northern bobwhites, grassland songbirds and other early-successional species. During this time, much work has been devoted to improving methods for establishment, identifying sound management practices and documenting the response of wildlife to habitat restoration efforts. Also noteworthy during this period is the interest NWSG have generated among forage and livestock producers. Research continues to show various NWSG are viable forage for hay production and grazing for several livestock species. This manual is intended to provide in-depth information on identifying, establishing and managing NWSG for natural resources professionals, forage and livestock producers and other landowners attempting to grow and manage NWSG either for wildlife and/or livestock.