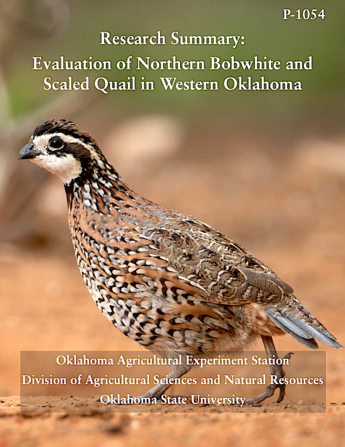 A six-year cooperative study of quail on two western Oklahoma wildlife management areas has confirmed that weather and habitat influence sizable fluctuations in the number of birds each year. This finding was among several important results that are detailed in this report, released by the Oklahoma Agricultural Experiment Station in the Division of Agriculture Sciences and Natural Resources at Oklahoma State University in January 2019.

Tell Judkins, upland game biologist for the Wildlife Department, pointed out some notable findings from this long-term study: 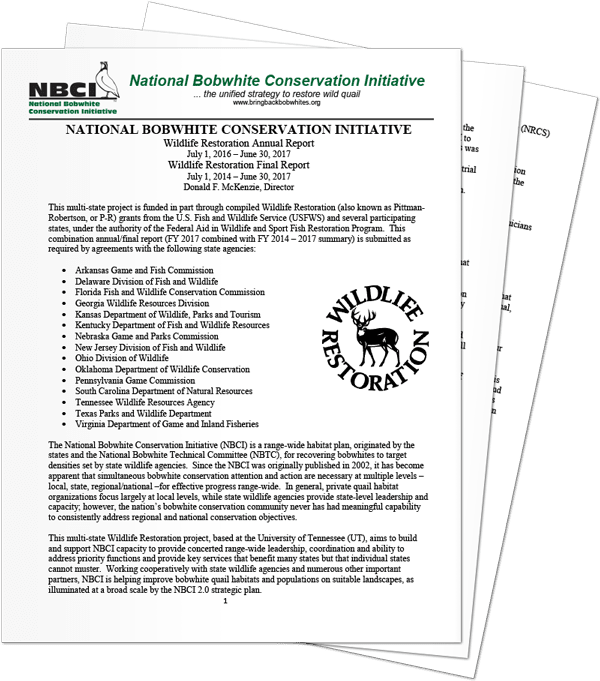 The National Bobwhite Conservation Initiative is a multi-state project funded in part through compiled Wildlife Restoration (also known as Pittman-Robertson, or P-R) grants from the U.S. Fish and Wildlife Service (USFWS) and several participating states, under the authority of the Federal Aid in Wildlife and Sport Fish Restoration Program. This document is the annual report for July 1, 2016 – June 30, 2017 required by agreements with the following state agencies:

NBCI member Virginia is having success in stitching together various sized properties to create a “quail quilt” as this story by Sally Mills, editor of Virginia Wildlife magazine, illustrates.

This is an announcement for an entry-level biologist position. Selected individual would be employed by Quail Unlimited in partnership with Kentucky Dept. Fish & Wildlife Resources and The Kentucky National Guard.

The Western Association of Fish and Wildlife Agencies (WAFWA) is seeking two Lesser Prairie Chicken (LPC) Service Directors. These positions will be based in one of the five states within the range of the lesser prairie chicken – Texas, New Mexico, Oklahoma, Kansas or Colorado. Application Deadline is Dec. 1, 2014.